Search the best Malate hotel deals on every device. Download the app for free

VIEW DEAL
Situated in Manila, Diamond Hotel Philippines provides luxury 5-star accommodation, as well as an outdoor pool, outdoor tennis courts and a swimming pool. It also offers a sauna and a Jacuzzi. 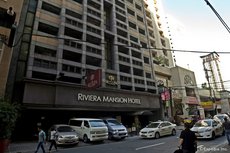 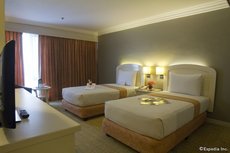 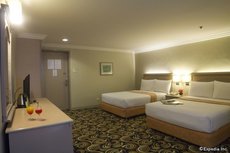 VIEW DEAL
Overlooking Manila Bay, Riviera Mansion Hotel is located in Manila and is ideally based for those wanting to discover the area's renowned shopping district. It provides 3-star accommodation with air-conditioned rooms.

Hotel pricing outside of Malate

About Malate
One of Manila’s most colourful districts, Malate combines an edgy, exciting atmosphere with the enchantment of the coast. It’s a district of contrasts that can respond to any mood. Malate is where Manila Yacht Club is situated, along with a waterfront park that’s as serene as they come in the Philippine capital. There are also narrow streets that sparkle with energy and life, introducing visitors to local flavours and styles. Such a mix has established Malate as one of the main tourist districts in the city.

Malate is a very popular destination for visitors seeking to explore Manila. Directly north are the areas of Ermita and Intramuros, where most of the city’s historic attractions are situated. For first-time visitors, the National Museum and Cathedral of Manila provide a wonderful look into the heritage of the city and the country. The coastline is extremely serene, especially around Manila Zoological and Botanical Garden. Rizal Park is another escapist green space that contrasts the bustle that Manila is famous for.

Most visitors travel around Malate and its surroundings by inexpensive private taxis. The district is on the city’s suburban rail network and has three stations on the LRT-1 line, including Vita Cruz, Pedro Gil, and U.N. Malate is one of the closest districts to Ninoy Aquino International Airport and the transfer by road should take less than 20 minutes, a huge contrast to the transfers to destinations in the north of Manila.

Malate was a small fishing village throughout the colonial period. It flourished during the early part of the 20th century, as many villas and exclusive residential enclaves were built to house American expats.