Search the best Mandalay hotel deals on every device. Download the app for free 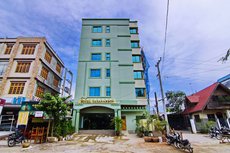 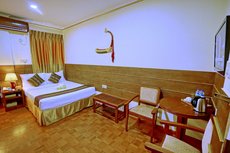 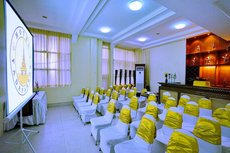 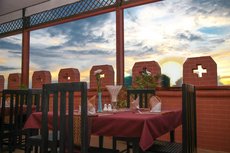 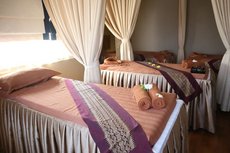 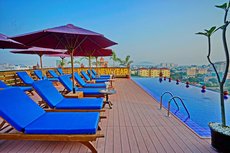 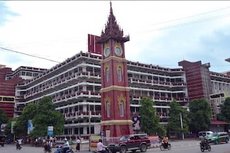 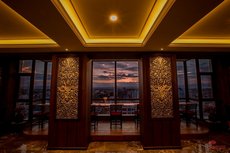 VIEW DEAL
Featuring a shuttle to Mandalay International Airport, plus complimentary Wi-Fi, The Home Hotel is a comfortable base in Mandalay. It offers 3-star accommodation with air-conditioned rooms. 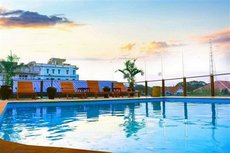 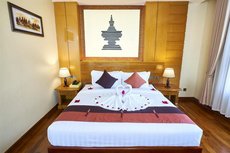 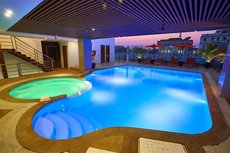 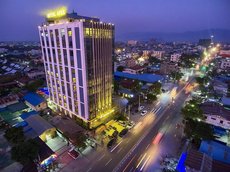 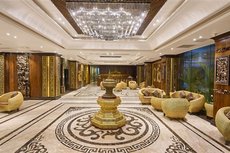 Tips when booking a hotel in Mandalay

Mandalay Annisaton
(MDL)
About Mandalay
Second only to Yangon, Mandalay is one of Myanmar’s biggest cities. The former royal capital is doused in history, with some buildings dating back to the Konbaung Dynasty. It boasts a scenic setting on the Irrawaddy River and offers a fascinating glimpse at Bamar culture. While it does have its fair share of modern buildings if you dig a little deeper you can uncover a myriad of monasteries, pagodas and teahouses.

Mandalay was once Myanmar’s royal capital, which means there’s plenty of history to soak up. Built in the mid-1800s, Mandalay Palace was home to the last Burmese King. The beautiful Shwe In Bin Kyaung is a must-see cultural highlight, carved entirely from gleaming teak wood.

The Jade Market sits in the heart of the city and is a great place to watch traders haggle, hawk and polish their gemstones. The Gold Pounder’s District is also worth a visit, where you can learn about the shimmering leaves that envelop Myanmar’s temples.

Rising 240 metres above the city, take a day to hike up Mandalay Hill to find sweeping panoramic views. A covered stairway leads up to the summit, with the climb taking around 30 minutes.

Mandalay doesn’t share the same glamorous reputation as Yangon, but it still serves up a fantastic selection of cafes, bars and trendy eateries. If you’re feeling adventurous, why not try the city’s famous fried grasshoppers?

Taxis are one of the fastest ways to get around and are available for both short trips and all-day rentals. Pedal trishaws operate in some parts of the city and are an eco-friendly way to get from A to B. Mandalay’s public transport is mostly powered by buses and pick-up trucks, which can be difficult to navigate. The airport sits 35 kilometres to the south of the city, with the drive taking around one hour.